Because he was born in the Mediterranean... he has the soul of a sailor

Diego René's cuisine corresponds to his VITAL JOURNEY, whose LIFE MAP travels from the Island of Tabarca to Malaga following the south-western coast of the Iberian Peninsula, down to the Mediterranean, also covering Algiers/Algeria on the very near African coast due to family origin, and France, his mother’s birthplace.

This somewhat maritime route, is what marks Diego's personality and the character of the cuisine at his Beluga restaurant, which is a clear reflection of the VITAL ENERGY collected during that journey/navigation. Both are one and the same: Diego himself. The entire map of his skin is drawn on the Mediterranean Sea and impregnated inside his body, to the depths of his Southern essence.

Diego's kitchen is not moored, not even anchored, it sails with him, it is alive like him. His body and his kitchen are in motion and IN EVOLUTION, open to change, to travel, to the life lesson that becomes an experience to live and cook better, open to growth. 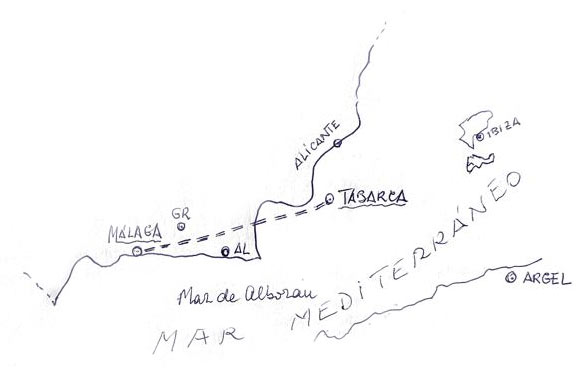 IT IS SINGULAR COOKING

Because his, ours, is the SOUTH, it is everything related to the south. That is the Beluga environment where it develops its activity, that of the southern Mediterranean culture that surrounds it; It is the history of the towns of the south, of the Latin towns and their character.
GET TO KNOW THE FLAVOR OF MERIDIONAL CUISINE
UWe use cookies on our website to provide you with the most relevant experience by remembering your preferences and repeat visits. By clicking "Accept All", you agree to the use of ALL cookies. However, you can visit "Cookie Settings" to provide controlled consent.
SettingsAccept all
Manage cookies

This website uses cookies to improve your experience while you navigate through the website. Out of these, the cookies that are categorized as necessary are stored on your browser as they are essential for the working of basic functionalities of the website. We also use third-party cookies that help us analyze and understand how you use this website. These cookies will be stored in your browser only with your consent. You also have the option to opt-out of these cookies. But opting out of some of these cookies may affect your browsing experience.
SAVE & ACCEPT
Skip to content